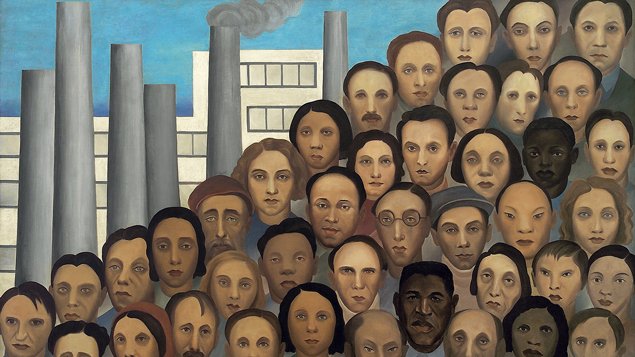 The Geopolitical Economy Research Group (GERG) will be an influential policy research institute, conducting high quality research and analysis dealing with nations and their relation to the world economy.  It will critically analyze, and propose, policy alternatives for managing the interaction of national economies and states to promote human development and mutual benefit in today’s multipolar world.


Why it is Needed?

New thinking on national and international political and economic issues is increasingly urgent. The multipolar world that emerged after the financial crisis places a question-mark over established frameworks under which this thinking has proceeded in recent decades, notably globalization  in which the world order is unified by markets, and empire in which it is unified by a leading power

In such frameworks, either no state matters, or only one state does. Multipolarity, in contrast, recognizes a fissured world economy in which international economic governance is sharply contested, especially between the advanced industrial and emerging countries. The languishing Doha Development Round negotiations and staled Copenhagen climate talks evidence this theory. In addition, Emerging economies are establishing alternative arrangements for international economic governance such as development banks and currency reserve pools that undermine the centrality of western-dominated international financial institutions such as the World Bank and the International Monetary Fund.

Multipolarity is also the result of more or less successful state-directed development by states willing and able to reject the platitudes of globalization and defy the menace of empire – directly contradicting the thesis that the division of the world into nation-states is inconsequential.  The crisis accelerated it but did not create it. It was long in the making. Existing dominant concepts are not merely outdated: they were never accurate.  Public and private agents in Canada and around the world need better understandings to act effectively in the 21st century world order.

The Geopolitical Economy Research Group will explore the positive implications of multipolarity, seeking a sustainable exit from the crisis by through democratic, egalitarian strategies for human development at the national and international levels. Critically appropriating past experience of state-led economic growth, it will modernize the idea of the developmental state for the 21st century. In doing so, it will give particular attention to exploring how nations at all levels of development can share in the production, use and exchange of the most advanced scientific and creative technologies .

These technologies have put us at the cusp of an epochal transition. The production and consumption of physical commodities occupies less and less of humankind’s labour. Today this usually results in plenty for some and under- and unemployment and marginalization for the many. The Institute will work toward ensuring that it results in an expansion of all aspects of human development within and across nations.

The Geopolitical Economy Research Group will work on a range of issues – economic, financial, social, and those related to security, aboriginality, marginality, culture, creativity and technology and environmental sustainability. In doing so, it will draw on the strengths of a number of disciplines including Political Studies, History, Economies, Sociology and Anthropology as well as the Political Science sub-discipline of International/Global Political Economy.

The Canada-based Geopolitical Economy Research Group will collaborate with like-minded institutions around the world as the centre of a world network working towards national and international equality, diversity, prosperity, stability and peace. It will address governments and governance institutions – national, regional, provincial, metropolitan and local, as well as private sector and community actors with an interest in policy.

What Will It Do?

In furthering this analysis and the policies that emerge from it, the Institute for Geopolitical Economy will promote research o by doing the following:

• Undertake major and minor research projects with collaboration between UM faculty and students and scholars beyond;

• Provide research and mentoring opportunities for graduate as well as undergraduate students;

• Enhance student experience at the University of Manitoba and elsewhere;

• Disseminate the results of research by publishing, and aid the publication of, research, analysis and policy proposals in the form of books, articles, policy briefs and other material, in print and electronically

• Organize a network of like-minded institutions such as the Post-Globalization Initiative (Russia), the Chinese Academy of Social Sciences, the Alternative Information and Development Centre (AIDC) in Cape Town, South Africa, FLACSO in Mexico City and Bricspost in London.

• Promote academic exchanges of faculty and graduate and undergraduate students within the network;

• Make policy proposals and evaluate those made by national governments, international institutions and influential private and civil society actors;

• Organize and/or aid in the organization of workshops, seminars, conferences and alternative policy summits to shadow major international summits such as those of the BRICS and the G20;

• Apply for funding, and raise money from philanthropic sources, to sustain these activities;

• Commission research on these and related themes;

• Arrange and facilitate interchange between scholars and like-minded institutions.

The Geopolitical Economy Research Group will be a focal point for scholars who seek to transcend the limitations of existing scholarship on the world order, and the constraints of existing disciplinary barriers, in a range of fields including Political Studies, Economics, History, Sociology, Anthropology, Geography, International Relations, International Political Economy, Development Studies and Aboriginal Studies. It will

• build an international network of scholarship