Boris Kagarlitksy PhD is a Marxist and sociologist who lives and works in Moscow. He is the director of the Institute of Globalization and Social Movements and is the author of many books on the world system of globalized capitalism and the history and contemporary politics of Russia and the Soviet Union. 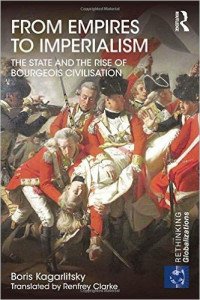 Dr. Kagarlitsky will speak in four cities in Canada from September 25 to October 1. See below for full details of his speaking events:

Boris Kagarlitsky will speak at two sessions of the inaugural conference of the Geopolitical Economy Research Group at the University of Manitoba. The conference is titled, From the Thirty Years’ Crisis to Multi-polarity:The Evolution of the Geopolitical Economy of the 21st Century World. Boris Kagarlitsky will speak on September 24 at 7 pm and September 27 at 3:30 pm. 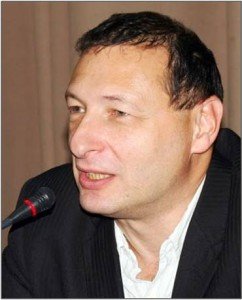 Sponsor: Institute for the Humanities, at Simon Fraser University. Co-sponsored by SFU’s School for International Studies, Geopolitical Economy Research Group (University of Manitoba), and The New Cold War: Ukraine and beyond (www.newcoldwar.org).

2. Lecture: Russia, Ukraine and NATO: Roots of the present conflict

Lecture: Russia, Ukraine and NATO: Roots of the present conflict

Russia’s integration into the capitalist world system (together with other post-Soviet states) was based on a compromise between local and global elites. Russia became a supplier of oil and other raw materials to the Western-dominated global economy. But ownership and control over the process ultimately came to rest in the hands of the local oligarchy. This agreement satisfied everyone until the global financial crisis broke out in 2007. Since then, given the new difficulties facing the capitalist system in Europe and elsewhere, Western elites are seeking access to new and cheaper resources. This clashes with the relative strengthening of the position of leading economies of the capitalist periphery during the past 15 years, including those of Russia and other BRICS countries.

The policy of the EU towards Greece and Spain, and Russia and Ukraine, is to “revisit” and revise the conditions of these countries’ integration into the global system. Local oligarchies are to be pushed aside and direct, neo-colonial control is to be established over resources and property. Local elites will try to resist this pressure but will fail to do so, or they will do so only partially. Their resistance nevertheless opens new paths for popular resistance and for the emergence of new forms of popular political expression.

Boris Kagarlitsky PhD is an outspoken author, lecturer and activist on the social and political inequalities of globalized capitalism. Born in 1958, he is the director of the Institute of Globalization Social Movements in Moscow. He has authored multiple books on globalization and Russia’s transition from the state-run economy of the Soviet era to capitalism. Fourteen of his books are translated to English.

Dr. Kagarlitsky was a dissident in the USSR during the presidency of Leonid Brezhnev and served more than one year in prison. He served as a deputy to Moscow city council and was arrested in 1993 when that elected body was disbanded during the rule of President Boris Yeltsin. He earned his PhD in political economy at the Russian Academy of Sciences in 1995. His 1988 ‘The Thinking Reed: Intellectuals and the Soviet State 1917 to the present’ won the Deutscher Memorial Prize that year. His latest book is ‘From Empires to Imperialism: The State and the Rise of Bourgeois Civilisation’ (Routledge, 2014).