This webinar focuses on both the historical and contemporary burdens of misreadings of Capital and, just as importantly, the inspiring revolutionary applications of the text.

The webinar took place Saturday 26 March 2022. You can watch the entire video of the event here.

Confronted with multiple foundational crises—from historic mass inequality and climate change to permanent imperialist war and global apartheid—increasing numbers of people know that capitalism can’t solve these problems because capitalism creates them. Even in the U.S., the heartland of imperialism, the majority of young people view capitalism negatively and increasingly have a favorable view of socialism.

Given the rising popularity of socialism, one of our central tasks today is to give more definition to socialism and capitalism, as both are used loosely and in divergent ways in the movement today. In the West, socialism generally means little more than social democracy, capitalism stands in for inequality, and the issue of power is generally absent from discussions about the struggle for a socialist future.

This international webinar intervenes in this decisive debate by returning to Marx’s most developed analysis of capital, an analysis that was framed by the need for the revolutionary socialist struggle. We’ll focus on both the historical and contemporary burdens of misreadings of Capital and, just as importantly, the inspiring revolutionary applications of the text.

Join us as we work to reclaim Capital as a weapon for the working and oppressed classes.

Gabriel Rockhill is a philosopher, cultural critic and activist. He is the Founding Director of the Critical Theory Workshop / Atelier de Théorie Critique and Professor of Philosophy at Villanova University. He has published nine books, as well as numerous scholarly and journalistic articles, including most recently Contre-histoire du temps present(2017; available in English as Counter-History of the Present), Interventions in Contemporary Thought (2016), and Radical History & the Politics of Art (2014). For more information: https://gabrielrockhill.com/.

Radhika Desai is a Professor at the Department of Political Studies, and Director of the Geopolitical Economy Research Group, University of Manitoba, Winnipeg, Canada. She is the author of Geopolitical Economy: After US Hegemony, Globalization and Empire (2013), Slouching Towards Ayodhya: From Congress to Hindutva in Indian Politics (2nd rev ed, 2004) and Intellectuals and Socialism: ‘Social Democrats’ and the Labour Party (1994), a New Statesman and Society Book of the Month, and editor or co-editor of Russia, Ukraine and Contemporary Imperialism, a special issue of International Critical Thought (2016), Theoretical Engagements in Geopolitical Economy (2015), Analytical Gains from Geopolitical Economy (2015), Revitalizing Marxist Theory for Today’s Capitalism (2010) and Developmental and Cultural Nationalisms (2009).

Derek R. Ford is an Assistant Professor of Education Studies at DePauw University, USA and an instructor with The People’s Forum. They teach and research about how pedagogical theory can advance political struggles. Ford is the author of seven monographs, the latest of which are Encountering Education: Elements for a Marxist Pedagogy (2022), Marxism, Pedagogy, and the General Intellect: Beyond the Knowledge Economy (2021), and Education and the Production of Space: Political Pedagogy, Geography, and Urban Revolution (2017). Their popular writing has appeared in outlets such as Monthly Review and Black Agenda Report. Ford is the editor of Liberation School and the education department chair at the Hampton Institute, a working-class think tank. He recently led and narrated the podcast series, Reading Capital with Comrades, available on all streaming platforms.

Patricia Gorky is a social justice activist and technology worker based in San Francisco. She organizes against racism and for immigrant and workers rights, including against ICE software provider Palantir. She co-hosted the podcast series Reading Capital with Comrades, and writes and speaks on the socialist history and present of Eastern Europe. Patricia also contributes to Sputnik News on topics of technology and security analysis.

Megha Summer Pappachen is a Ph.D. student of comparative politics and political theory at Northwestern University. She is an organizer in Chicago with the Party for Socialism and Liberation, and is engaged in struggles around police brutality, gentrification, and anti-imperialism. Her research is grounded in marxist and feminist theory, social reproduction theory, postcolonial/queer theory, and the history of the global south. She has written for Liberation School and Breaking the Chains Magazine.

Alan Freeman is the co-director, with Radhika Desai, of the Geopolitical Economy Research Group (GERG) at the University of Manitoba. He was an economist at the Greater London Authority between 2000 and 2011, where he held the brief for the Creative Industries and the Living Wage. He wrote The Benn Heresy, a biography of British politician Tony Benn, and co-edited three books on value theory. He is honorary life vice-president of the UK-based Association for Heterodox Economics and a Vice-Chair of the World Association for Political Economy.

Organized by the International Manifesto Group, the Geopolitical Economy Research Group, and the Critical Theory Workshop.

The Radical Education Department (RED) is a militant research group, anchored in the Marxist tradition, whose members are involved in revolutionary socialist organizations and parties. RED’s goal is to collectively produce historical materialist analyses that elucidate the contemporary world and contribute to building revolutionary power.

Peace, Land, and Bread is a peer-reviewed print journal of revolutionary theory, practice, and culture, published by Iskra Books and the Center for Communist Studies, and committed to the publication of rigorous, multidisciplinary Marxist-Leninist research and arts. Peace, Land, and Bread’s editorial board is a vibrant, international assemblage of professional researchers, educators, and organizers who believe that, to quote Lenin, learning should not remain a “dead letter, or a fashionable catch-phrase,” but that learning must “really become part of our very being, that it [should] actually and fully become a constituent element of our social life.” Through the publication of rigorously reviewed scholarship and arts at the forefront of contemporary communist thought, Peace, Land, and Bread contributes to the liberatory education of professional revolutionaries, dedicated workers, and oppressed peoples the world over.

The Hampton Institute is a proletarian (working class) think tank founded in 2013. In contrast to traditional think tanks, we give a platform to working-class theorizations, analyses, and commentary. We are named as a tribute to former Black Panther Party member and revolutionary martyr, Fred Hampton, and also take inspiration from Italian Marxist theorist, Antonio Gramsci, and educator and philosopher, Paulo Freire. does not seek to provide specific policy analysis for political parties. We seek to build class consciousness. We seek to end oppressive systems like capitalism, white supremacy, and patriarchy. We seek the liberation of all.

This article was updated March 31, to include links to various videos. 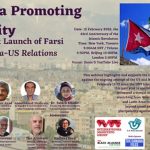 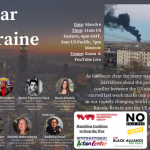