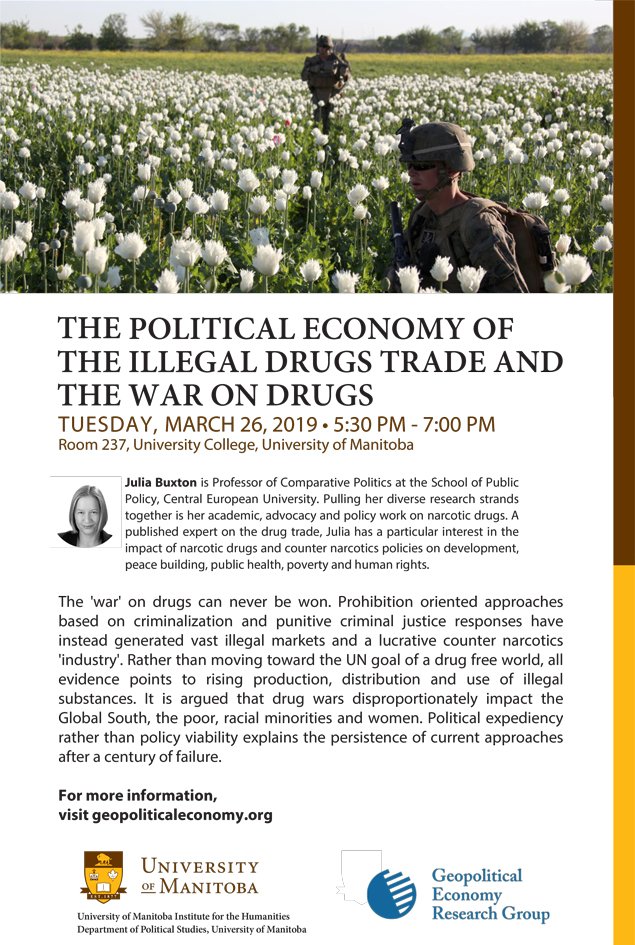 The ‘war’ on drugs can never be won. Prohibition oriented approaches based on criminalization and punitive criminal justice responses have instead generated vast illegal markets and a lucrative counter narcotics ‘industry’. Rather than moving toward the UN goal of a drug free world, all evidence points to rising production, distribution and use of illegal substances. It is argued that drug wars disproportionately impact the Global South, the poor, racial minorities and women. Political expediency rather than policy viability explains the persistence of current approaches after a century of failure.