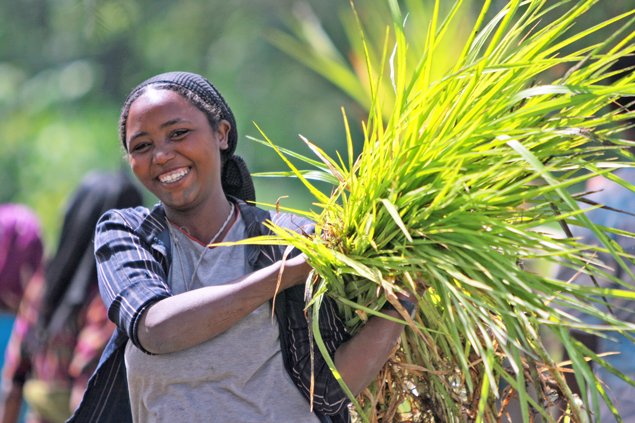 Food security and sovereignty have increasingly dominated discussions in recent years and for many, both in rich and poor countries, food security is at critical juncture. At the same time, the manner in which this issue will and can be addressed is undergoing rapid changes as the world economy and its political structures adapt to multipolarity.

A Summer Academy on ‘The Geopolitical Economy of Food Security in a Multipolar World’, essentially a 6 credit hour course will be delivered in a compressed format over 2 weeks. It is the first of an annual series of courses on topical issues in world economic and political affairs to be organized by the Geopolitical Economy Research Group.

Students will be sent the course outline and a list of reading materials at least 3 months in advance to enable to them to prepare themselves for the intensive experience. The assignments on which evaluation will be based will be due after classes are over. They will be tailored differently depending on whether the students are graduate students or undergraduates. The chief rationale for the two-week format is to enable students from across Canada and abroad to attend. The tentative dates are 6-17 July 2015. Dr Radhika Desai, Professor, Department of Political Studies member of the Global Political Economy Steering Committee, and author of the path-breaking Geopolitical Economy: After US Hegemony, Globalization and Empire (2013), will be the course coordinator.

The Summer Academy features classes led by three major authorities in the field. Professor Utsa Patnaik of the Jawaharlal Nehru University, New Delhi, India, is renowned for her expertise on the world food order and changing agrarian relations and is author of (The Long Transition (1999) and The Republic of Hunger and Other Essays (2007). Dr Haroon Akram-Lodhi of Trent University and expert on agrarian change and its social and ecological dimensions and author, most recently of Hungry for Change: Farmers, Food Justice and the Agrarian Question (2013). Finally, UM’s own Canada Research Chair in Human Rights, Social Justice and Food Sovereignty, Dr Annette Desmarais, who has written extensively on food sovereignty and social movements, including La Vía Campesina: Globalization and the Power of Peasants (2007), will also be involved in teaching at the Summer Academy.

The multidisciplinary course will also marshall the expertise of other UM faculty members in the area. We also hope to integrate some community exposure – such as could be provided by Winnipeg Harvest, for instance – into the Summer Academy. 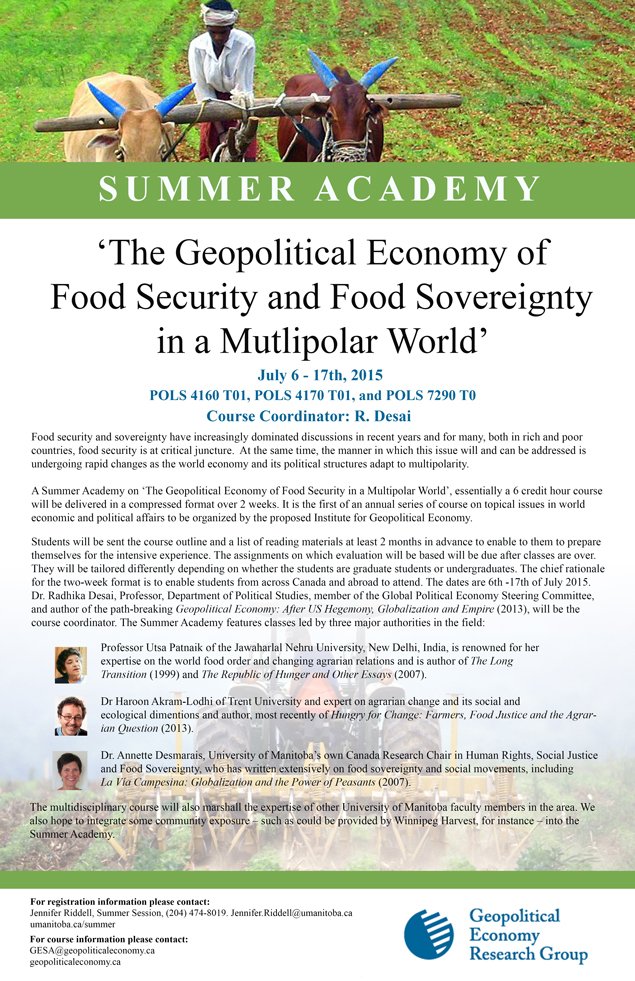