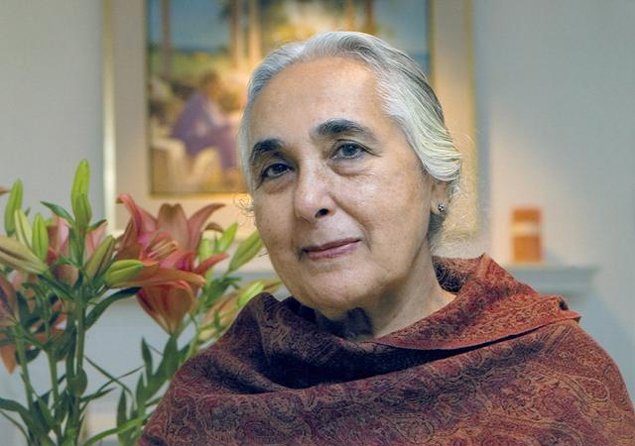 Regretfully Professor Tharpar has had to cancel her visit.

Dr Romila Thapar will visit the University of Manitoba as Robert and Elizabeth Knight Distinguished Visitor from 25 September to 6 October, 2015. During her visit here, we have planned five events as follows:

1 October 2015. On ‘The Past as Legitimation: The Constructions of Early India.’ Details TBA.

One Day workshop organized by the Interdisciplinary Research Circle

On Globalization and Cosmopolitanism on the theme of ‘History, Historians and Historiogrpahy’ on Monday, 28 September. It will have three panels which will involve members of the variety of departments in the Faculty of Arts as follows:

Session 1: ‘Who has history and why does it matter’
Panellists: Jorge Naillm, Tina Chen, Ravi Vaitheespara, Discussant: Professor Thapar

Session 3: ‘Changing evaluations of classical and medieval historiography’
Presenters James Chlup; Brooke Milne from anthro; Roisin Cossar; Professor Thapar as discussant; Erik Thompson;Ask Roisin who is doing what. Ask for co-sponsorship of this part of the day.

Lecture at the Centre for Professional and Applied Ethics

On 30 September 2014 titled on ‘Ethics for Historians: The Uses and Abuses of History’