This webinar took place on Sunday, 16 October 2022. You can watch the entire video here.

The International Manifesto Group launched Through Pluripolarity to Socialism: A Manifesto on 5 October 2021. When we launched it, we could not have imagined that the year to follow would have been to tumultuous but it has been. The US-led West is waging war against Russia over Ukraine and threatens another with China over Taiwan. Nuclear war has never seemed closer. At the same time, underlying weaknesses of neoliberal financialized capitalism are being exposed as never before, particularly with the return of inflation, the energy crisis and the uncontained pandemic, labour shortages and much more.

At this webinar, speakers discussed how the manifesto, its analyses and prescription stand up to the text of this eventful year.

Radhika Desai is a Professor at the Department of Political Studies, and Director, Geopolitical Economy Research Group, University of Manitoba, Winnipeg, Canada. WATCH.

Ajamu Baraka is the national organizer of the Black Alliance for Peace and was the 2016 candidate for vice president on the Green Party ticket. WATCH

Keith Bennett is an active member of the International Manifesto Group and a consultant specialising in Chinese and Korean affairs. He is a Co-Editor of Friends of Socialist China and the Deputy Chair of the Kim Il Sung Kim Jong Il Foundation (KKF). WATCH.

Jenny Clegg is an independent writer and researcher; former Senior Lecturer in International Studies and long-time China specialist; author of China’s Global Strategy: towards a Multipolar World (2009); activist in peace and anti-war movement in Britain. WATCH.

Sara Flounders is a longstanding political activist and author based in New York City. She is a leader of the United National Antiwar Coalition and the International Action Center, and is the author of numerous books, including Capitalism on a Ventilator: The Impact of COVID-19 in China and the US (co-authored with Lee SiuHin) and NATO in the Balkans: Voices of Opposition (co-authored with Ramsey Clark). WATCH.

Alexander Buzgalin is a professor of economics at Moscow State University and the coordinator of the organization Alternatives. He was a member of the Organizing Committee of the second Russian Social Forum. He focuses on problems of Marxism’s actuality under current conditions and the resulting challenges for left movements. WATCH.

Cheng Enfu ( is an academician at the Chinese Academy of Social Sciences (CASS), Director of the Research Center for Economic and Social Development (CASS), principal professor at the University of the Chinese Academy of Social Sciences, President of the World Association for Political Economy, president of Chinese Society of Foreign Economic Theories, and member of the People’s Congress of China. WATCH.

Alan Freeman is the co-director, with Radhika Desai, of the Geopolitical Economy Research Group (GERG) at the University of Manitoba. He was an economist at the Greater London Authority between 2000 and 2011, where he held the brief for the Creative Industries and the Living Wage. He wrote The Benn Heresy, a biography of British politician Tony Benn, and co-edited three books on value theory. He is honorary life vice-president of the UK-based Association for Heterodox Economics and a Vice-Chair of the World Association for Political Economy. WATCH.

Carlos Martinez is an independent researcher and political activist from London, Britain. His first book, ‘The End of the Beginning: Lessons of the Soviet Collapse’, was published in 2019 by LeftWord Books. His main area of research is the construction of socialist societies, past and present. He is a co-editor of Friends of Socialist China and co-founder of No Cold War. WATCH.

Ben Norton is a journalist, writer, and filmmaker, he is the founder and editor of the independent media outlet, Multipolarista, where he reports in both English and Spanish. His journalism focuses primarily on US foreign policy and geopolitics. He has reported from many countries around the world and is currently based in Latin America. WATCH.

Carlos Ron was born in Caracas, Venezuela (1979), is Vice Minister of Foreign Relations for North America and currently serves athe President of the Simon Bolivar Institute for Peace and Solidarity Among Peoples. As a diplomat, he was Venezuela’s Chargé d’affaires to the United States of America (2017-2018), and he has represented Venezuela before the United States of America (2014-2018) and the Federative Republic of Brazil (2010-2014). He was an adviser at the Office of Presidential International Relations (2006-2010), Coordinator of the Research Program on Regional Integration and Multilateral Agreements at the Miranda International Center (2006). He graduated in Latin American Studies from Rutgers University, USA, and also has a postgraduate degree in International Relations from the University of Brasilia, Brazil. (Carlos Ron’s presentation was cut very short because of poor internet service.)

Gabriel Rockhill is a philosopher, cultural critic and activist. He is the Founding Director of the Critical Theory Workshop / Atelier de Théorie Critique and Professor of Philosophy at Villanova University. He has published nine books, as well as numerous scholarly and journalistic articles, including most recently Contre-histoire du temps present (2017; available in English as Counter-History of the Present), Interventions in Contemporary Thought (2016), and Radical History & the Politics of Art (2014). For more information: https://gabrielrockhill.com. WATCH.

John Ross is Senior Fellow at Chongyang Institute for Financial Studies, Renmin University of China. Since 1992, and the publication in Russia of his ‘Why the Economic Reform Succeeded in China and Will Fail in Russia and Eastern Europe, ’he is the author of over 500 published articles on China’s economy and geopolitical relations. He has more than one million followers on Weibo, the Chinese equivalent of Twitter. His articles on China’s economy have won several prizes in China. He is author of two best-selling books published in Chinese ‘ –The Great Chess Game ’and ‘Don’t Misunderstand China’s Economy’. His new book in English is China’s Great Road: Lessons for Marxist Theory and Socialist Practices. WATCH.

This post was updated on October 28, 2022 to include links to the videos. 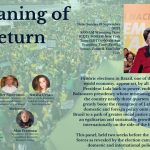 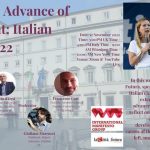